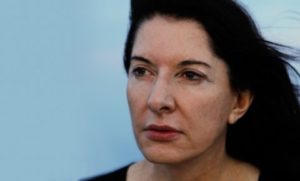 The controversial artist, as a guest in the show of Ivan Ivanović,said that 37 years since she left Belgrade, nothing has changed for the positive, but she was glad that the Alfa – Karić Brothers University assigned her the title of honorary professor and awarded her for culture and arts.

“I like the concept of the Karić Foundation as a private one and with such I never had a problem. If it were state-owned I would not have accepted to come,” said Marina.

“Why?” was a logical question that Ivan had “on the tip of his tongue”, but Marina forestalled him and said that she would not like to explain this statement.

It was similar with the question of whether she is Serb, Belgradian or Montenegrin. “I have never felt Serb or Montenegrin, I was born in Yugoslavia. After the breakup, in Serbia they avoided me, but the Montenegrins apologized to me, gave me a passport, a lifetime achievement award and said that I was greater than Montenegro.”

Marina also says that the problem of Serbian society in general is that it does not value its greats and as an example she mentioned The Nikola Tesla Museum, which she called catastrophic as well as Olivera Katarina who, as she says, in some other country would be regarded as Elizabeth Taylor, but not in Serbia.

“What does the Serbian mentality mean and what is happening to us, that is what you have to ask yourself. We, both here and abroad, lack of humanity and for 37 years here, nothing has changed, same story, same drinks and same dissatisfaction. Nothing happens…”

However, she admitted that she missed “boza”, sweet wheat, jelly, chutney, baked beans, grilled meat, “leskovac hamburger”, cabbage rolls…
Maybe some of these will even be found in her next performance, which she has already started preparing, but she does not want to speak about it because she is superstitious.
Source: News online